Measuring the Force of Impact Over Time 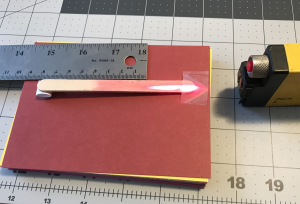 In this video series, a marker is dropped onto a homemade “force plate”. Each video shows a different situation:

Both videos were shot at 240 frames per second.

Before watching the videos, answer the following Pre-Lab Questions:

After watching both videos, answer the following Post-Lab Questions: