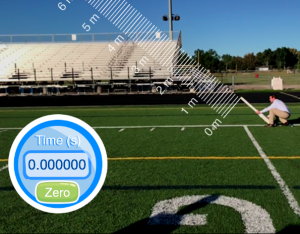 In this video series, a tennis ball is launched from a cannon. Each of the videos shows a different situation:

Both videos were shot at 240 frames per second.

At what speed were the balls launched?

Do these speeds and angles match your predictions based on kinematics? Why or why not?